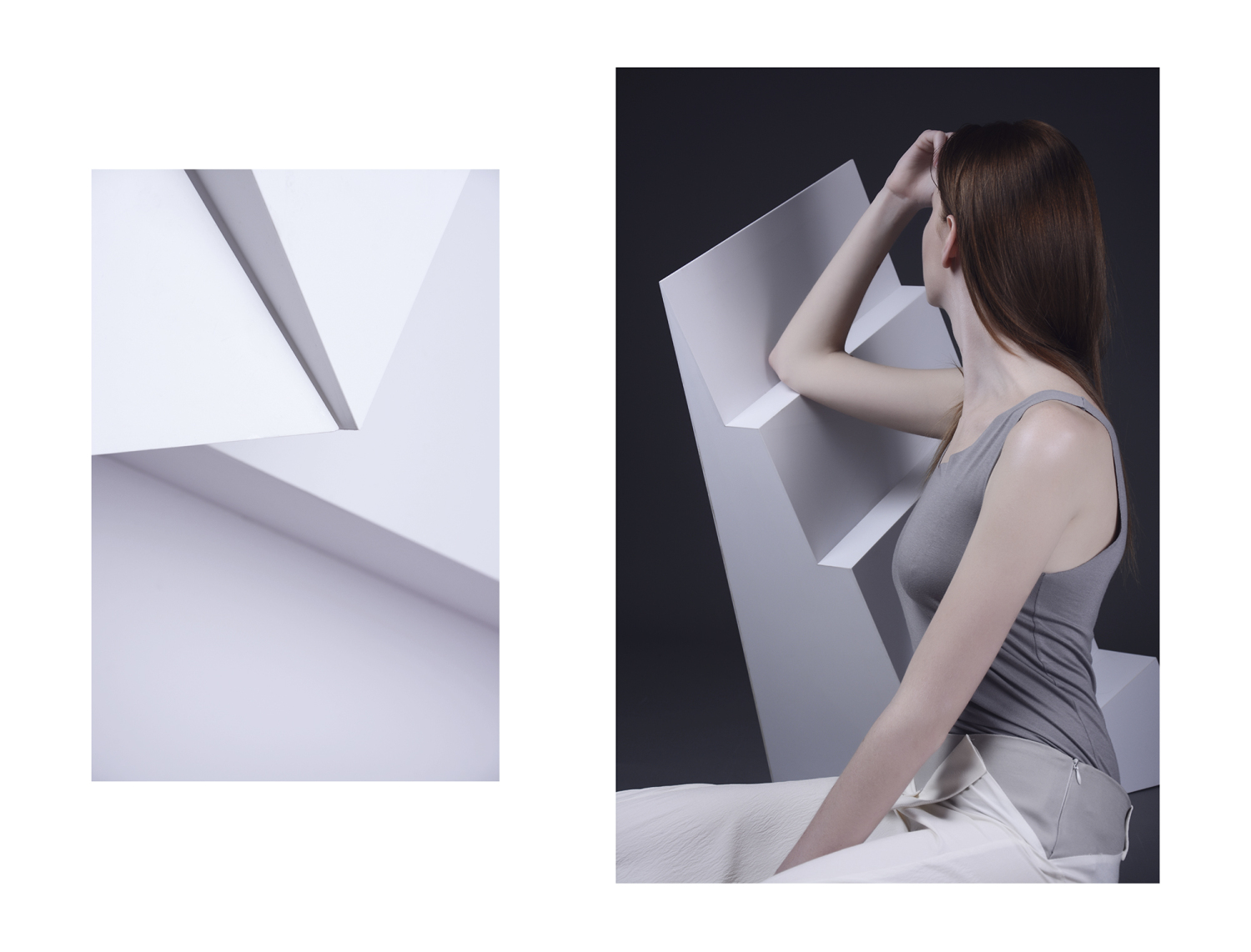 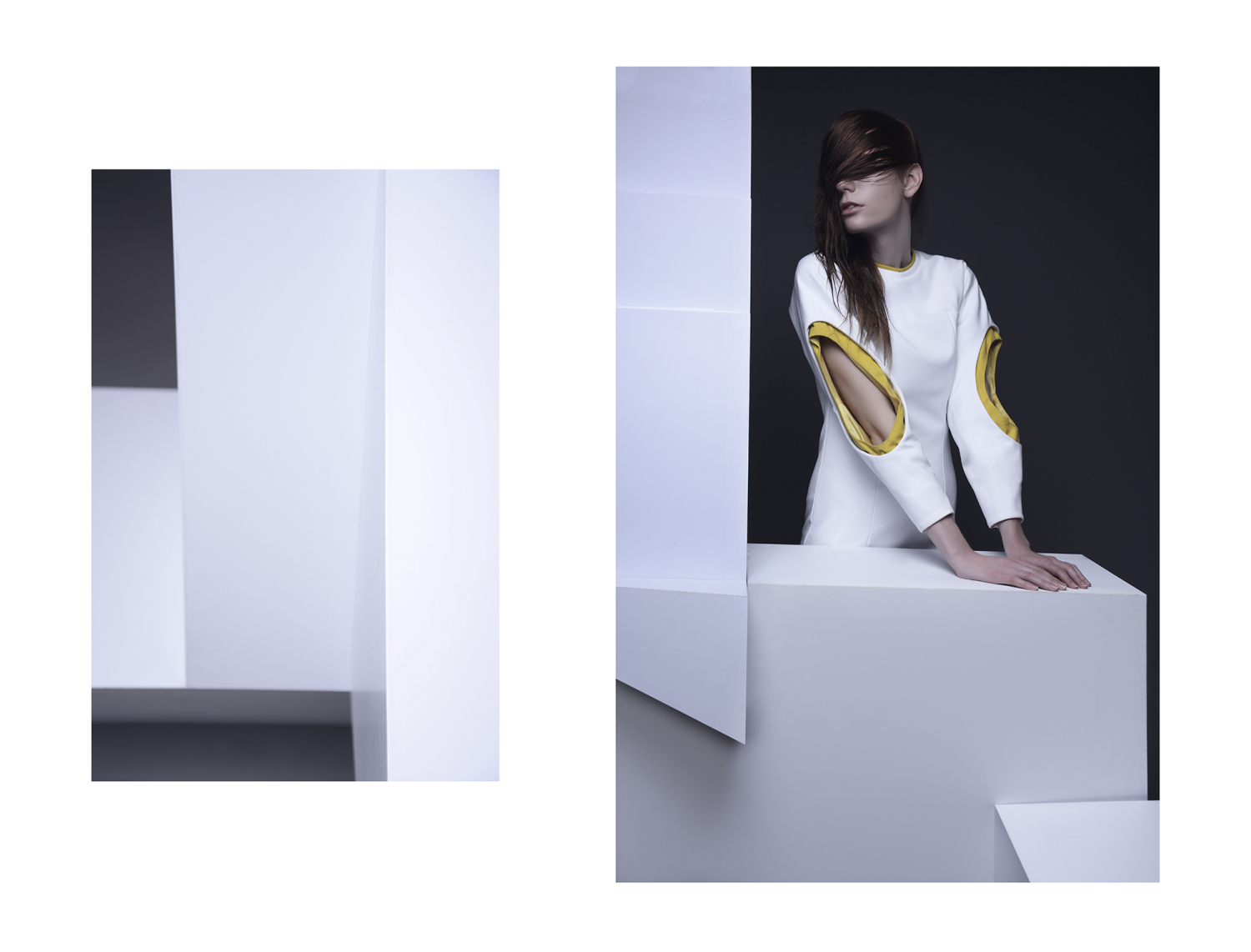 The conception was inspired by architecture. The photos were taken by Boglár Peruzzi, styling Gábor Kiss, hair Annabelle Bakos, makeup Boglárka Török. The model was Alexandra from Art Models. The great clothes were designed by Antonia Monntero, Borbála Bíró and Zsófia Kiss.

The connection between the space and geometry is a recurring theme of the photographer. In her photos, the models are often presented as they were sculptures, totally idealized. Usually there is a serious philosophical and conceptual planning behind her works. She often uses the cyber culture as inspiration and therefore in her pictures a sterile world is reflected with idealized characters trying to find answers on the big questions of human being. Also the styling is based on a futuristic, moden lifestyle. The set styling is created by Boglár Peruzzi who is working also in the fine arts area. She loves to merge the different medias to gain benefit on their synergy.​